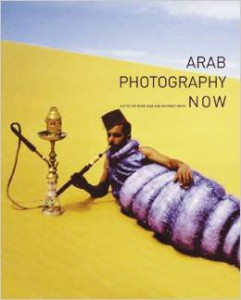 Curators and authors Rose Issa (London) and Michket Krifa (Paris) discuss curating Middle Eastern and North African art in a European context, at a time when institutions, for the first time in France, but since some years already in the UK, are faced with cuts.

Rose Issa is director of Rose Issa Projects, a gallery spread across two spaces in the UK, and has been working Arab and Iranian art for over 20 years, while Michket Krifa was since 2009 the artistic director of the 8th and 9th Bamako Encounters, African Biennale of Photography. She has been involved in Iranian art since the first Iranian photography exhibition in Europe Regards Persans (Iran- Espace Electra 2001). Michket is also a nominator for the Prix Pictet.

How has the advent of the digital age affected the artistic processes of both production and distribution? On how many levels does the advent of ‘the black mirror’ (aka the screen) and the age of information affect us all?
Discussion panel with sound artist/broadcaster Fari Bradley, artist/writer Sophia Al Maria and Stephen Beddoe University of the Arts. The discussion was organised by Caspian Arts Foundation and was originally intended to have been chaired by them, however at the last moment Fari had to step in to take the discussion on its course. Topics covered were the physical, psychological and social impact of the age of the internet on art and artists. Eavesdropper /Falgoosh Radio was created by sound artists Chris Weaver and Fari Bradley, as one of the Art Dubai Projects 2013, sponsored by the British Council.

What’s the art scene like in Jeddah, Saudi Arabia? Artist and poet Daydban, is of Palestinian descent living in Jeddah. In this interview he tells us via translator (Adnan Manjal of Athr Gallery, representing Daydban at Art Dubai where the interview was recorded) about his work and life in the region and recites a poem in keeping with the work in show at Art Dubai. His work is poignant and at times even slightly comical, yet the core is tragic infusing the imagery, the framing and colouring with the spirit of the artist himself throughout all of his work.
Eavesdropper radio booth at Art Dubai Eavesdropper/ Falgoosh Radio was created by sound artists Chris Weaver and Fari Bradley for Art Dubai Projects 2013, sponsored by the British Council.