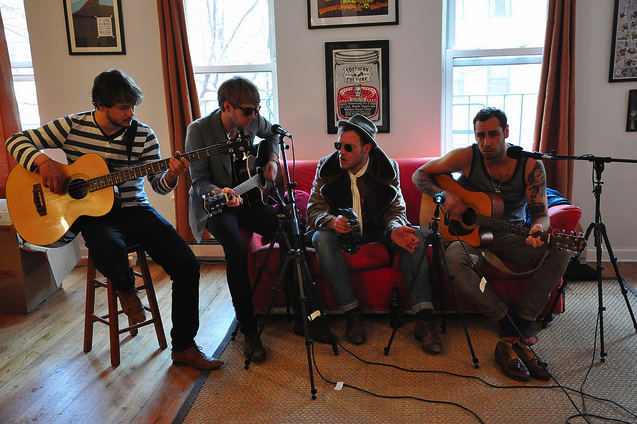 Sitting With Gianluca is Coventry band Pint Shot Riot. The band were busking in New York when Gianluca saw them and dragged them back to his flat to find out more about them. Originally broadcast on April 6th. Since the original broadcast, one of the band’s songs has been picked by the BBC TV’s Final Score to run under the sports newsround section.