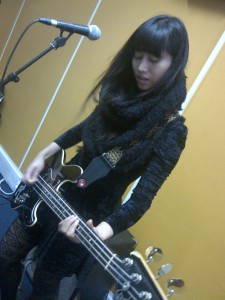 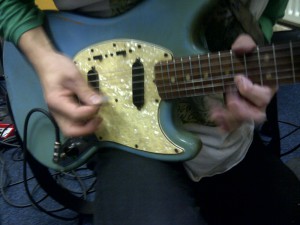 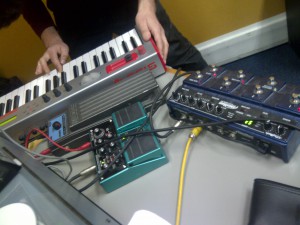 Lots to squeeze into 90 minutes on The Hello GoodBye Show today!

Kostoglotov is the London based bedroom recording project of Daryl Worthington. He writes and records lo-fi, ambient and drone music using a combination of Dictaphone, 4-track and laptop.

2012 has seen a plethora of releases from Kostoglotov, including a split tape with Camberwell improvising no-wave electro punks Circuit Breaker on the Liminal Noise Tapes label, and a solo CDR entitled ‘Our Beautiful Decay’ on his own Neither Scene Nor Has Been label and several free download releases.

Most recently he released an EP entitled ‘East London 27.07 – 13.08’, this was built on field recordings taken from outside his house in East London during the 2012 London Olympics. In September the Eyes EP was released on the HLF/PIN netlabel.

Kostoglotov also organises and curates his own irregular nights of experimental pop, drone, punk and electronic music at Power Lunches, Dalston, entitled ‘Tell Me What To Do.’

Umez; A brand-new Japanese avant-garde band based in London. Their sound contains two completely opposite side of music genres, noise and pop. Although they’re two opposite music genres, their noise sound is purely heavy white noise meaning it matches perfectly with their pop sound reminding you the sorrow you feel in the end of the summer. Also, they’ve already supported a few influential artists such as Damo Suzuki (ex. Can) and Dee Dee (Dum Dum Girls) despite their short activity.

Also, The London Folk & Roots Festival organisers Bob Meyer and Joe Wilkes will also be dropping by the studio to discuss the event.