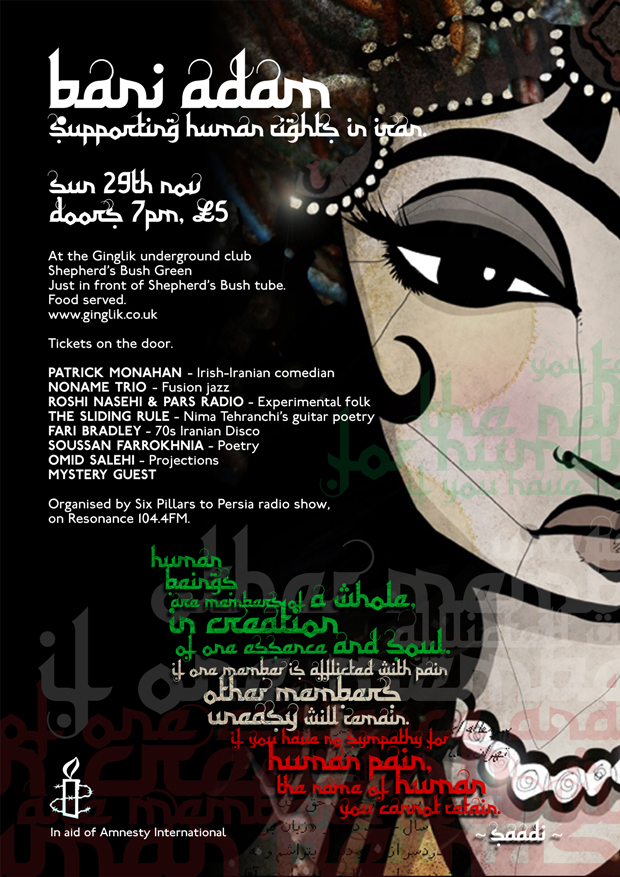 Get tickets in advance from: http://www.wegottickets.com/event/64436

See some of Amnesty’s work in Iran: http://www.amnesty.org/en/region/iran

Clever boy Lekonik (Amir Heshmati) has his finger in several musical pies. He can make beats as well as the next man but uses his film background to create truly singular tracks that make your ears prick up as soon as you hear them.

One of those tracks is played here: â€œKitchenâ€ where each screen shot corresponds to the sound it produced until the sounds layer up to make an intriguing and singular piece.

Amir discusses his current project based on his home town Shiraz in Iran, his family, Iranian culture and film and we are treated to four of tracks.