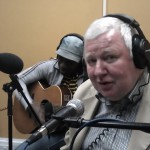 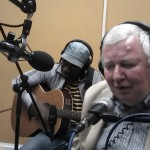 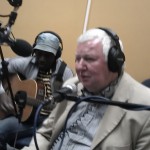 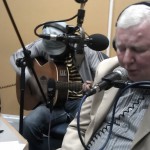 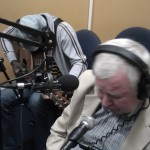 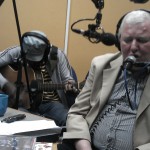 Frank Bangay was born in Wandsworth South London in 1951. He left school at the age of 15 to a variety of different work experiences. He started writing poetry in 1972. Back in the early 1970s, Frank found that expressing himself through poetry helped him to disperse the gloom of his anxiety and depression. He discovered the Troubadour Poets who held Monday night poetry evenings at the Troubadour Coffee House in Earl’s Court, and he began reciting his poetry there. One of his earliest poems, “Fear”, was published by Troubadour Poets in late August 1974. It is deeply personal and vulnerable: “You tell me that I frighten you, well I never intended to… I’m not a tough man… there are many times when I am afraid… afraid of isolation … afraid of my superiors… afraid of love… And sometimes I’m frightened of you my friend.” Frank first had experience of the mental health services in the 1970s when he started suffering from severe depression and anxiety. These experiences have played a part in his life since then. He would like to feel that one day these experiences will be things we can talk about without fear of hostility or discrimination , as is so often the case in this world. Creativity has always been a lifeline for him. In the 1980s he became involved with the Survivor Movement both campaigning and organizing many fundraising benefits of poetry and music. he also collaborated with others on publishing pamphlets and magazines of poetry written by people who had shared psychiatric experiences. In late 1991 Frank was a founder member of Survivors Poetry.Here in a voluntary capacity he organized many performances and creative writing workshops in day centers and sheltered housing and other community settings around London. In 1996 he left Survivor’s Poetry and set up a creative writing workshop at CORE Arts in Hackney. An place that promotes creativity by people who have had mental health problems. between 200 and 2004 he facilitated a creative writing workshop at St John at Hackney Community Space Centre with homeless people. In 1999 he published a collection of his poetry and drawings Naked Songs and Rhythms of Hope. He has recorded three CD’s of his poetry with musical backings. A True Voice Singing in 2001, This Topsy Turvy Life in 2004, and Jewels In The Poundshop in 2006. For the past few years he has been helping to put together a tribute album to the late Kevin Coyne. Frank being a long time fan of Kevin’s music. The album Whispers From The Offing was released in March 2007. See the Life and Living website at www.lifeandliving.net for details. He also contributes a gardening colomn called Rambling Garden Blues for an internet magazine called the Big Untidy. Their website is well worth checking out. Frank continues to write and perform. Sometimes with guitarist Tunde Busari, or the Topsy Turvy Band, Sometimes as a solo poet, sometimes with Gospel Singer Sophie Mirel, His work is sometimes of a spiritual nature, and is written from life experience.

His book, Naked Songs and Rhythms of Hope is an illustrated collection of poems by Frank Bangay. Co-published by Spare Change Books.
You can order a copy from:
Southwark MIND, Cambridge House,
131 Camberwell Road, London SE5 0HF United Kingdom
Price is £7.95 plus £1 p&p (£2.00 overseas)
or contact Frank at frankbangay@yahoo.co.uk

Bangay, F. Summer 1988 “Pieces of Ourselves – A Tribute To Eric” [Irwin], Asylum – a magazine for democratic psychiatry volume three, number 1.