It had been two years since one of Dobson’s communiques had uprooted me from my rut and catapulted me into frantic adventure; three years before that I had been sent on a mission, ranging over four continents; the year before that embroiled in a world-shattering plot; and there had been at least half a dozen earlier escapades. No doubt these Dobson-inspired excitements were meant to be wild and life-enhancing, yet I yearned for tedium and futility. Trudging out of the boiler room, I began to sob. It would be weeks, perhaps months, before I could once again wallow in monotony and ennui. 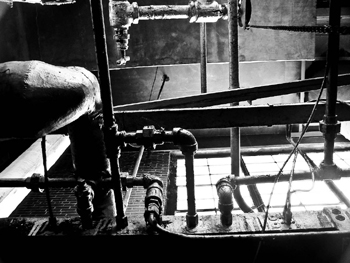 This episode was recorded on the 21st February 2008. A complete transcript of this episode can be found on Frank Key’s Hooting Yard website. Accompanying Hooting Yard On The Air, the two publications Unspeakable Desolation Pouring Down From The Stars and Befuddled By Cormorants are available for purchase.