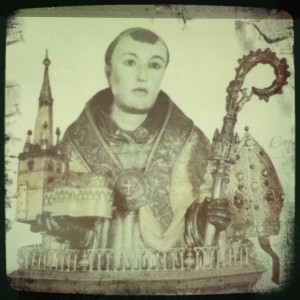 “After the death of Mrs Hawker, he fell into a condition of piteous depression, and began to eat opium. He moped about the cliffs, or in his study, and lost interest in every thing…

“He took it into his head that he could eat nothing but clotted cream. He therefore made his meals, breakfast, dinner, and tea, of this. He became consequently exceedingly bilious, and his depression grew the greater.”

This episode was recorded on the 6th December 2010. A complete transcript of this episode can be found on Frank Key’s Hooting Yard website. Accompanying Hooting Yard On The Air, the six publications We Were Puny, They Were Vapid, Gravitas, Punctilio, Rectitude & Pippy Bags, Unspeakable Desolation Pouring Down From The Stars, Befuddled By Cormorants , Inpugned By A Peasant And Other Stories and Porpoises Rescue Dick Van Dyke are available for purchase