On the face of it, this sounds like a simple enough assignment. It is, of course, anything but. Those who have even a passing acquaintance with the titanic out-of-print pamphleteer Dobson know that the words typical and breakfast can never be crammed together. It is an understatement to say that he had mixed feelings about breakfast. There were times when he was up and about before dawn, gobbling down a huge bowl of porridge. Thereagain, he sometimes stumbled downstairs at noon, bleary and fractious, waving his arms in dismissal of a proffered slice of toast. From one day to the next, there was no knowing how Dobson would greet the day, and howsoever he did greet it, no knowing with what foodstuffs, if any, the day would commence. 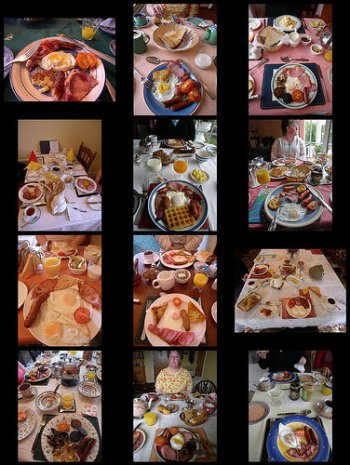 I cannot in all honesty, then, describe a typical Dobson breakfast scene, as is required of me. Instead, I propose to examine two Dobsonian breakfasts, from different stages in his life, to which I will add some observations on a pamphlet he planned, but never wrote, on this important topic. Will that do?