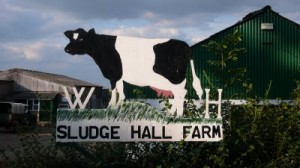 It is hard to think of an esoteric sect more hidden, more obscure, than the Erk Gah. We know virtually nothing of its membership, its ceremonies and rituals, its raiment and vestments, its perfumes, its symbols, its armaments cache, its hierarchy, its headgear, its idiosyncratic buttoning methods, its potions, its nostrums, its pomposity, its colour schemes, its texts, its insignia, its dietary stringencies, its bucket and spade seaside outings, or its ultimate purpose. Some have suggested that the Erk Gah does not even exist.

This episode was recorded on the 10th of September 2009. A complete transcript of this episode can be found on Frank Key’s Hooting Yard website. Accompanying Hooting Yard On The Air, the four publications We Were Puny, They Were Vapid, Gravitas, Punctilio, Rectitude & Pippy Bags, Unspeakable Desolation Pouring Down From The Stars and Befuddled By Cormorants are available for purchase.