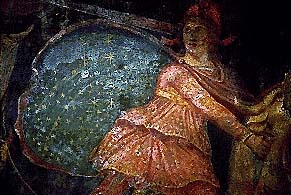 All too often the English language refers to pagans as an insult, or a primitive people. Yet some of our most common roots are deep within these complex and highly telling belief systems, one of which: Mithraism Nabarz upholds as Persiaâ€™s greatest export to date.

Sufi-mystic Payam Nabarz discusses Phrygian Caps, snakes in ancient Persia and the calender of the moon. Zoroastrian and Sufi interests brought Payam to read up about Mithras, and he has steeped his life in the esoteric history of Iran and Zoroastrian rituals, publishing several books and numerous papers on aspects of both, available from Amazon

Fari interviews him on what Mithraism is and the different Persian calenders. For a deeper conversation on these matters refer to late Dec 08/Jan 09 when we invite Nabarz back in the studio for stage 2 in our radio foray into Persian esoterica.

This show was broadcast live from Resonancefm studios, London on March 31st 2008