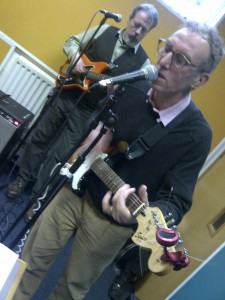 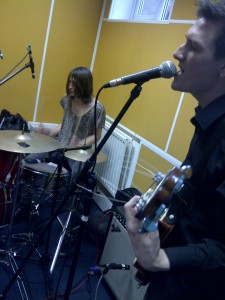 Listen to Vic Godard performing live in session on Hello GoodBye this afternoon alongside the emerging talents of Joseph Coward.

Forged in the white heat furnace of 1976, Vic Godard & the Subway Sect favoured a motorik, garage sound, with a distinct melodic sensibility, that soon helped to set them apart from their contemporaries The Clash and Sex Pistols. With his refusal to be restricted by the limitations of the Punk palette, Vic soon found himself experimenting with Pop, Jazz, Swing and Motown beats. Over the intervening decades Vic has maintained his mercurial ability and has recently been working closely with Edwyn Collins as producer.
The current band line-up is; Vic Godard – vocals & guitar, Kevin Younger – keyboards & guitar, Mark Braby – bass, guitar or drums plus Yusuf B’Layachi – bass.