At the Omar Khayyam Society’s event A Mystic’s War on Terror, Autumn 2010, we caught up with the main Sufi speaker Ammat Un Nur.

Read her speech from the night on the above link, a speech that contained the quote by Jimi Hendrix who said, “When the power of love overcomes the love of power, the world will know peace.”. 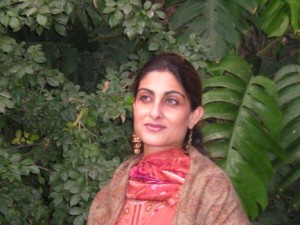 Here is some of the event write-up:

Ammat un Nur belongs to a lineage named Chishti-Inayati. (We are supposed to know automatically what that lineage is, I guessed it had something to do with renowned Sufi school rather than an individual). She has also been influenced by the Mevlevi tradition originating from Mevlana Rumi (you’re supposed to know that is the same Rumi, the Sufi poet). Her work involves researching, writing on the Inayatian legacy of the Sufi Orders. (I had no idea what that was).

The debate took the form of a panel, mostly of women, who put forward a speech or an intro and then took questions. One aspect of the write-up that really caught my eye was the promise of a look at the neglect of the feminine in Islam. there is a feminist branch or movement in Islam. I wanted to know what a woman’s role was considered to be in Sufism, as in Iran, in the mountains, some all female Sufi orders do exist….

If the title of the podcast has aroused your curiosity and you are interested in this kind of study, here a SOAS course that could be for you.

You will have to pay a lot mind, to study. If you go to stay with Ammat, your studies will be free. There’s food for thought.

This  podcast was made for the ResonanceFM series Six Pillars to Persia by Fari Bradley – the show is a weekly look at the Iranian diaspora, the culture of Iran, Persian heritage and related topics.