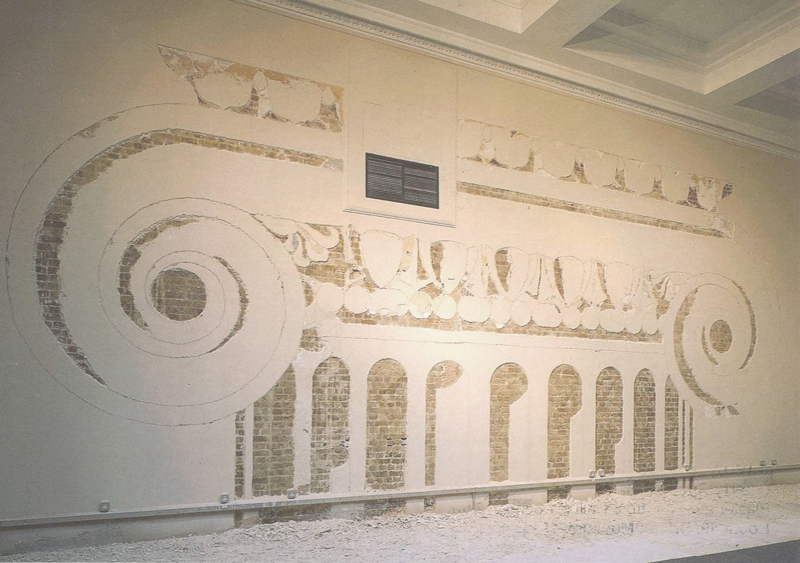 Artist Terry Smith who since 1978, has produced major projects for the Tate Modern, the British Museum and galleries the world over, particularly in South America. Known for his signature sculptures cut directly into the plaster of walls, mainly of derelict buildings – some with no public access – Smith is constantly experimenting with medium and has used film, audio and varied materials for his work.

Winner of the Paul Hamlyn Award, Smith with his communist upbringing is at times renegade about his work. His wide choice of mediums have in common the resonances of the London streets he grew up in, his love of music, spontaneity and the challenges that come with constant questioning and experimentation.  At Frieze this year Adam Curtis implored the artists of today to shock him with kindness, empathy and such-like qualities. Perhaps he is one of those who still haven’t heard of Smith, the artist’s artist.

Recorded and produced by Fari Bradley.