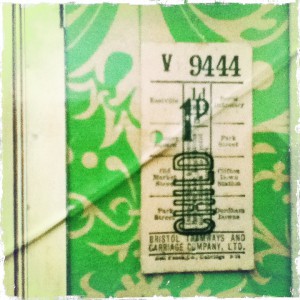 Like Spandau Ballet, I bought a ticket to the world. I wish I had paid more attention at the counter, however, because there was a misprint – I hesitate to say whether it was accidental or deliberate – and what I had actually bought was a ticket to the wold. Now, I am as much an aficionado of ranges of hills consisting of open country overlying a base of limestone or chalk as the next man, but my ticket did not specify which wold I could gain admittance to. I assumed it would be a wold within the Lincolnshire Wolds or the Yorkshire Wolds or the Cotswolds, but could narrow it down no further. I suppose I could have gone back to the kiosk where I bought the ticket, but frankly the person behind the counter frightened the wits out of me. Without going into details, just imagine a combination of Rolf Harris, Douglas Bader, and Beelzebub, and you will have some idea why I hadn’t stopped shuddering for a week.

Bashed On The Bonce With A Sap By A Copper

A Note On Bags

The Boot Is On The Other Foot

This episode was recorded on the 23rd June 2011. A complete transcript of this episode can be found on Frank Key’s Hooting Yard website. Accompanying Hooting Yard On The Air, the six publications We Were Puny, They Were Vapid, Gravitas, Punctilio, Rectitude & Pippy Bags, Unspeakable Desolation Pouring Down From The Stars, Befuddled By Cormorants , Inpugned By A Peasant And Other Storiesand Porpoises Rescue Dick Van Dyke are available for purchase

One thought on “Hooting Yard: Bashed On The Bonce With A Sap By A Copper”