Regular readers know that my grasp of matters ornithological is second to none, so it is only fitting that I have been asked to compile an anthology of fictional works with the word â€œowlâ€ in the title. 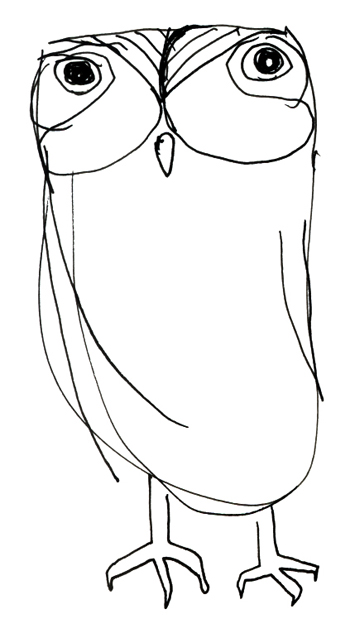 It might be argued that such a task is purely bibliographical and requires no specialist ornithological knowledge, but I will defend my ramparts, as one must in this world of rascals and cut-throats and people who claim to know rather more about birds than I do. I am used by now to lippy slanderers who accuse me of almost fathomless bird ignorance, and though I have been known to quail and sob, I try my best to turn my becardiganed back on my detractors and get on with the job. So I am pleased to announce that work on the anthology is almost complete.

This episode was recorded on the 22nd November 2007. A complete transcript of this episode can be found on Frank Key’s Hooting Yard website. Accompanying Hooting Yard On The Air, the two publications Unspeakable Desolation Pouring Down From The Stars and Befuddled By Cormorants are available for purchase.