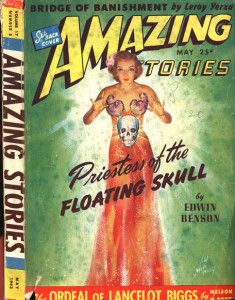 I am fairly sure that Dobson was at one time a member of his local Moorhen Appreciation Society. The out of print pamphleteer joined it for reasons we can only guess at, for as we know the space in the human brain devoted to ornithological matters was in Dobson’s case either utterly vacant or so clogged up the synapses misfired. He was forced to resign his membership when it became clear that he could not tell the difference between a moorhen and a heron, and embroiled the Society in legal entanglements in the bird courts. His pamphlet Well, They Both Have Beaks And Feathers, For Christ’s Sake! (out of print) recounts the whole sorry saga, though it is quite an exasperating read for those of us who are more engaged with the avian world than Dobson was.

This episode was recorded on the 19th May 2011. A complete transcript of this episode can be found on Frank Key’s Hooting Yard website. Accompanying Hooting Yard On The Air, the six publications We Were Puny, They Were Vapid, Gravitas, Punctilio, Rectitude & Pippy Bags, Unspeakable Desolation Pouring Down From The Stars, Befuddled By Cormorants , Inpugned By A Peasant And Other Storiesand Porpoises Rescue Dick Van Dyke are available for purchase