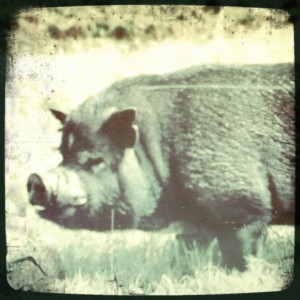 We learn, for example, about the lives of the threesome before their retirement. There is Bim, at the random grim forge, fettling for a great grey drayhorse his bright and battering sandal! And there is Bam, also at a random grim forge, also fettling. And Nat, too, at the next forge along the lane, and he too fettling, as the sun beats down on a rustic scene redolent of Lark Rise To Candleford. Pebblehead gives us so much detail about random grim forges and the fettling of bright and battering sandals for great grey drayhorses that the reader could, with confidence, given an anvil and a few tools, set up their own smithy’s.

This episode was recorded on the 20th January 2011. A complete transcript of this episode can be found on Frank Key’s Hooting Yard website. Accompanying Hooting Yard On The Air, the six publications We Were Puny, They Were Vapid, Gravitas, Punctilio, Rectitude & Pippy Bags, Unspeakable Desolation Pouring Down From The Stars, Befuddled By Cormorants , Inpugned By A Peasant And Other Stories and Porpoises Rescue Dick Van Dyke are available for purchase