The out-of-print pamphleteer had a deep and abiding reluctance to pay for gas, and often considered living somewhere powered entirely by electricity, or the wind or the sun, or indeed existing without being dependent upon any source of energy whatsoever. But, as Marigold Chew has noted, rail as Dobson might, he was drawn inexorably to the blue, blue flames of burning gas, a man mesmerised. 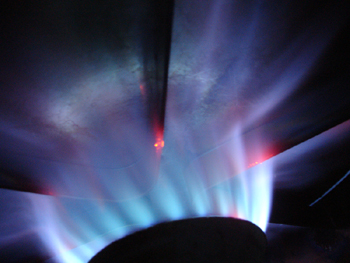 This episode of Hooting Yard was first broadcast on the 31st January 2007. A complete transcript of this episode can be found on Frank Key’s Hooting Yard website, and the perfect Hooting Yard On The Air companion Befuddled By Cormorants is available for purchase. Photo by ambientfusion.