Imagine you are in Ancient Greece, taking a stroll on Mount Parnassus. One of the Gods of Greek mythology suddenly appears in front of you. Imagine too that you are not of a placid and thoughtful nature (as I am sure you are) but a temperamental hothead prone to violence. 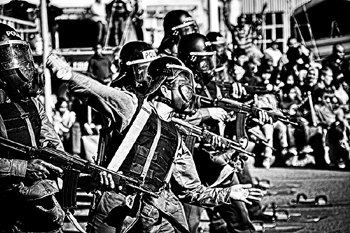 Surprised by the sudden appearance of a Deity – it does not matter which one – your first instinct is to lash out in terror and alarm. You sock the God on its jaw, cutting its lip. Now, it is not blood which flows from the wound, but ichor, a colourless ethereal fluid which ran through the veins of all the Greek Gods. If you are of a vampiric bent, be sure not to suck the ichor oozing from the God’s cut lip, for though it confers immortality on the Deities, it will be ruinous to you as a mere human, for it will poison you.

This episode of Hooting Yard was first broadcast on the 8th November 2006. A complete transcript of this episode can be found on Frank Key’s Hooting Yard website, and the perfect Hooting Yard On The Air companion Befuddled By Cormorants is available for purchase. Photo by Steve Crane.

One thought on “Hooting Yard: Graveyard Poets Of Pointy Town”