Episode 9: The Outer Circle – from Brent Cross to the World’s End Causeway 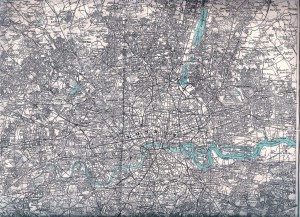 In this final episode of the series, John Rogers and Nick Papadimitriou take us on a lop-sided perambulation through ‘remote London’ from the north-west passage at Brent Cross to the eastern Gateway on the Thames Estuary at Tilbury. On the way they take in a jaunt along the buried and forgotten Philly Brook in Leytonstone, the Middlesex Tertiary Escarpment, the Southern Outfall Sewer, the Ilford of Thomas Burke’s Outer Circle and the lost pleasure gardens of Finsbury and Pentonville.
With music by Europa51 and readings by Heidi Lapaine from The Arcades Project by Walter Benjamin, The Outer Circle: Rambles in Remote London by Thomas Burke, and The Kings England: Essex by Arthur Mee.

3 thoughts on “Ventures and Adventures in Topography”