“It was the middle of the night, and there was no moon, or I should say the moon was hidden by monstrous black clouds, so it was very, very dark. Nonetheless, one would have thought the thief who clambered over a fence to steal things from my back garden would have carried a torch or some other means of illuminating his criminal intent. 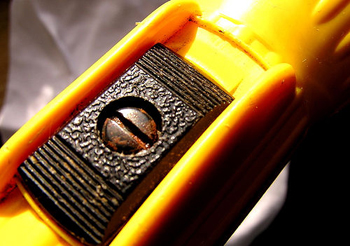 But not only was he a clumsy thief, he was a thief who lacked foresight. Because the day was still light when he set out from the hut o’ ne’er-do-wells where he lived, he seems to have assumed it would still be light when he approached the wooden fence which divides my back garden from the old muddy lane. But it was no longer light. I lived so far away from the hut that it took him hours and hours to reach my garden. His route was crooked and even convoluted, for he hugged the hedgerows and dared not stride across open fields, nor follow main roads, and nor did he risk using any of the public transport systems available, the pneumatic railways or the canal barges, for, being bent on crime, he did not wish to be seen.” Extract from ‘The Agony In The Garden‘.