“Who alive, for instance, knows all the moles of Sussex? I confess I got my first sight of one a few days ago, and, though I had seen dead moles hanging from trees and had read descriptions of moles, the living creature was as unexpected as if one had come on it silent upon a peak in Darien.” – Robert Lynd, The Pleasures Of Ignorance 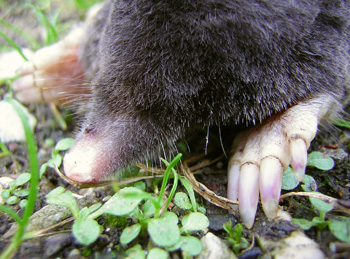