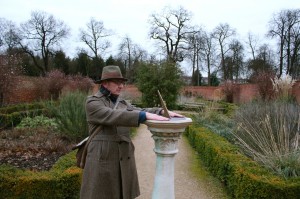 Inspired by Thomas Burke’s The Outer Circle: Rambles in Remote London, Nick Papadimitriou and John Rogers explore the far-lying eastern suburb of Ilford.
Burke , like other writers of the early 20th Century, was disdainful of Ilford. Writing in 1921 he said of ‘the Eastern Queen’ that, “After Walthamstow it comes as tepid soda-water upon an August noon. Ilford wears an expression of unfulfilled desire. It hungers for colour. Even the rush and turmoil about the Broadway have a frigid tone.”

Nick and John ignored his advice and headed out along the Romford Road to find a visionary landscape, optimistic and vibrant, ‘rising from alluvial Essex’.
With reading by Heidi Lapaine and music by Europa51

3 thoughts on “Ventures and Adventures in Topography”