Brethren, we find ourselves, today, in a village in China. Perhaps some would feel inclined to ridicule rather than applaud the patience of a poor Chinese woman who tried to make a needle from a rod of iron by rubbing it against a stone. We may scoff and laugh and snicker like rude and common folk do. It is doubtful whether she succeeded or not, but, so the story runs, the sight of the worker plying her seemingly hopeless task, put new courage and determination into the heart of a young Chinese student, who, in deep despondency, stood watching her. He was a spindly little chap whose greatest joy was to be found in the study of industrious leaf-cutter ants, of which he kept teeming thousands in a glass case in the parlour of his pneumonia-racked mother. Because of repeated failures in his studies, ambition and hope had left him. He could think only of ants. Bitterly disappointed with himself, and despairing of ever accomplishing anything, the young man had thrown his books aside in disgust. He had even cast aside a five-volume encyclopaedia devoted entirely to the world of insects; ants alone filled the pages of books one and two. Put to shame, however, by the lesson taught by the old woman, he gathered his scattered forces together, went to work with renewed ardour, and, wedding Patience and Energy, became, in time, one of the greatest scholars in China. Actually, that’s not strictly true: he ended up sewing cummerbunds-for-export in a Batavian sweatshop. When you know you are on the right track, do not let any failures dim your vision or discourage you, for you cannot tell how close you may be to victory. And even if every damned thing goes wrong, there is no shame in being a deluded pauper. Have patience and stick, stick, stick. Then stick a bit more. It is eternally true that he “Who steers right on / Will gain, at length, however far, the port. / Though he be seasick all the way / And quite bereft of thought.”

A little moral fable taken from Stories From Life by Marden Vice Harden, with interpolations by Frank. 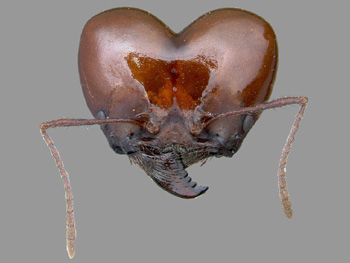