I’m ready for my close-up: 3 Zombies, 2001 Maniacs and a Chainsaw Massacre!

Alex Fitch talks to actor Bill Moseley about his career in the horror film genre, and the continuing occurrence of sequels and remakes in his work, from appearing in The Texas Chainsaw Massacre 2 and Bruce Campbell vs. Army of Darkness in the 1980s, the remake of Night of the Living Dead in the 90s (and its forthcoming animated prequel), a trio of Rob Zombie films, including House of 1,000 corpses and The Devil’s Rejects and the recently released sequel to a Herschell Gordon Lewis ‘classic’: 2001 Maniacs – Field of Screams…. 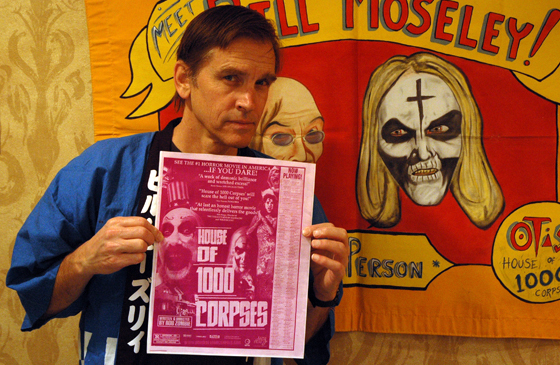 The many faces of Bill Moseley

To download / stream this radio interview in a variety of formats, please visit www.archive.org