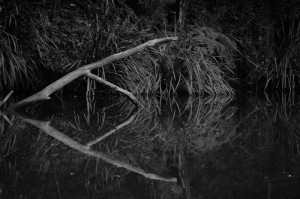 I had several reasons to sail across the Sound to Stick Insect Island. There were rumours of murder and mayhem and pagan sacrifice. My brother had made the crossing a fortnight before, and no word had come from him. My own homecoming was long overdue. And I wondered if the tiny post office still sold those amusing wax dolls of Captain Tod and Cadet Jarvis. The poking of them with pins was a delightful memory of my childhood, and I wanted my own nippers to share the experience, even though it would never be quite the same on the mainland.

A Memoir Of Stick Insect Island.

I Can Hear Mermaids Singing

This episode was recorded on the 23rd July 2009. A complete transcript of this episode can be found on Frank Key’s Hooting Yard website. Accompanying Hooting Yard On The Air, the four publications We Were Puny, They Were Vapid, Gravitas, Punctilio, Rectitude & Pippy Bags, Unspeakable Desolation Pouring Down From The Stars and Befuddled By Cormorants are available for purchase.