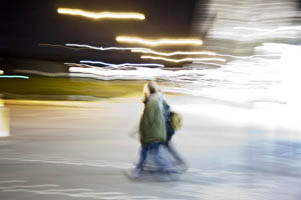 This week John and Nick take a dérive through James Bone’s The London Perambulator published in 1925. Bone’s view of the city was idiosyncratic and hard to pin down, he was drawn to the overlooked and maligned corners of the metropolis. He dreamed of having the keys to the spirit of London and preached the virtues of night-time perambulations in all weathers.

Read more about this episode here.

2 thoughts on “Ventures and Adventures In Topgraphy”