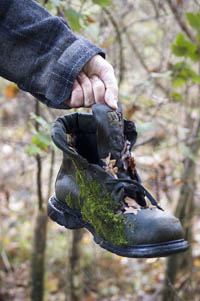 In this episode Nick and John take a lopsided ramble through Pathfinder’s Afoot Round London (published in 1911) and get lost in the Essex Golden Triangle between Chigwell and Loughton.

Read more about this episode here.