In his later years, Blodgett amassed a collection of inky puck stampings, kept in an album bound in the starch-stiffened fleece of a lamb. The fleece was spotted with unexplained bloodstains which Blodgett made no attempt to remove. He could have used a patent bloodstain eradication spray goo as manufactured by Don Federico’s Royal And Ancient Portugese Spray And Paste Company, but he chose not to. Boffins in a lab were recently given the opportunity to scrape minuscule quantities of the blood off the binding. When they subjected it to tests, they were able positively to identify it as the blood of a fruitbat. Curious indeed, but no more curious than much else about Blodgett’s later years. 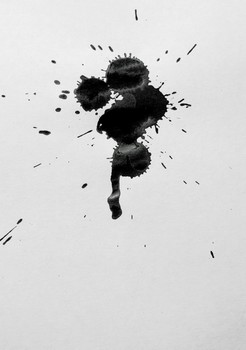 This episode was recorded on the 12th Feb 2009. A complete transcript of this episode can be found on Frank Key’s Hooting Yard website. Accompanying Hooting Yard On The Air, the three publications Gravitas, Punctilio, Rectitude & Pippy Bags, Unspeakable Desolation Pouring Down From The Stars and Befuddled By Cormorants are available for purchase.