Jean-Paul Sartreâ€™s trilogy The Roads To Freedom has fallen out of fashion somewhat â€“ as if that mattered â€“ yet it remains a classic. But for a book with a bit more existentialist heft, I recommend Pebbleheadâ€™s bestselling paperback The Roads To Jaywick. That blighted, benighted, dilapidated seaside town, has of course, provided fodder for any number of potboilers, including Jaywick â€“ West Of Clacton and The Sordid Sands Of Squalor, but Pebbleheadâ€™s is a fundamentally serious work, and there is a lot about cows in it, which is always a good thing. 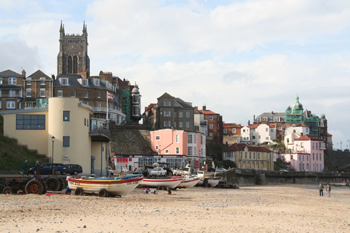 This episode was recorded on the 18th September 2008. A complete transcript of this episode can be found on Frank Key’s Hooting Yard website. Accompanying Hooting Yard On The Air, the two publications Unspeakable Desolation Pouring Down From The Stars and Befuddled By Cormorants are available for purchase.