Ordinarily, when we think of harpies we think of Aello, Ocypete, and Celaeno, or as she is sometimes known, Podarge, the three sisters of Greek myth, bird-women who kept stealing, and befouling, food from Phineus and were generally vicious, violent and cruel. Tennyson called them “These prodigies of myriad nakednesses, / And twisted shapes of lust, unspeakable, / Abominable, strangers at my hearth / Not welcome, harpies miring every dish” but that may be more a reflection of the poet’s fevered mental state than of the destructive wind-spirits themselves. 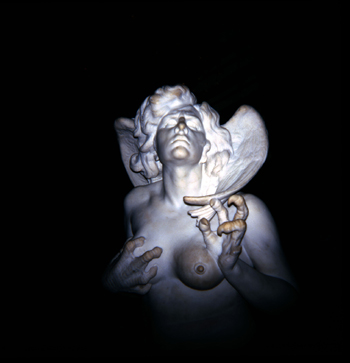 This episode was recorded on the 7th August 2008. A complete transcript of this episode can be found on Frank Key’s Hooting Yard website. Accompanying Hooting Yard On The Air, the two publications Unspeakable Desolation Pouring Down From The Stars and Befuddled By Cormorants are available for purchase.