The plot of King Jasper’s Castle, Etcetera is so convoluted that I am not going to attempt to summarise it here. What you need to know is that the setting is a castle, belonging to King Jasper, situated on a bleak promontory overlooking a bleaker sea. The castle’s electrical wiring system is as complicated as the plot of the play, if not more so. Its maintenance and seemingly endless tweaking and repair is the responsibility of the janitor, who is employed by the castle’s chatelaine. Neither the janitor nor the chatelaine has a given name, though whether this is an oversight on Pickles’ part, or an oh so clever literary device, is moot. Arguments have been thrashed out on both sides. There are other Pickles plays with nameless characters, some where characters swap their names around between acts, and several where, though every character has a name, those names are unpronounceable in any human tongue, or indeed in bestial grunts, howls, or birdsong. Not for nothing is Pickles labelled a “difficult” playwright, just as he was called a “difficult” child by those paid to watch over him in his infancy. 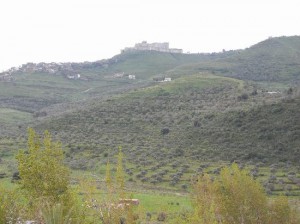 This episode was recorded on the 12th April 2012. A complete transcript of this episode can be found on Frank Key’s Hooting Yard website. Frank’s new eBook By Aerostat to Hooting Yard is now available for purchase.